Seeking Asylum in the United States 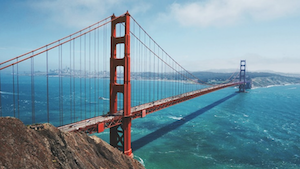 People from all over the world seek asylum in the United States because they have been persecuted or fear persecution by their home countries. Persecution can be due to:

Seeking Asylum if You Are Facing Deportation

If you and your family are already in the United States and have been threatened with deportation, you can seek asylum as a defense against removal from the United States. Placement in removal proceeding can happen for several reasons, including:

Immigration judges as opposed to asylum officers hear defensive asylum cases. In addition, defense asylum proceedings are adversarial, where the immigration judge hears arguments from both, you (and your attorney) and the US government. Ultimately, you must prove to the immigration judge that you have been persecuted and/or fear future persecution in your home country, if you are removed.

Impacts on Your Eligibility

Although asylum is a possible solution for many people, there are instances where you or your family members may be disqualified from seeking asylum. They include:

If you believe you might have problems seeking asylum, you must work with a qualified immigration attorney.

You do not need to face deportation charges alone. If you are ready to apply for asylum or face criminal deportation charges, contact The Justice Firm locally at 310-914-2444 or at our Toll-Free number at 866-695-6714 or visit us on our website. Our immigration attorneys serve clients in Los Angeles, Riverside, Orange, Ventura, and San Bernadino counties.