Home
Practice Areas
Immigration
Who Are Dreamers And What is DACA?

Who Are Dreamers And What is DACA? 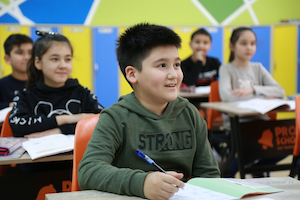 The "DREAM Act," first introduced into Congress in 2001, was intended to grant United States citizenship to immigrant children at risk of deportation. The Act stands for Development, Relief, and Education for Alien Minors, and the children it would protect are often called "Dreamers." The idea behind "Dreamers" is based on the "American dream." By offering the American dream to so many individuals who spent part of their childhoods in the United States, they will have opportunities they may not otherwise have in their home countries. Although several bill versions have been introduced in Congress, the DREAM Act has never fully passed or become law.

The Path to Citizenship

Before taking steps to qualify for citizenship, children must have graduated from high school or obtained a GED in the United States. Additional basic eligibility requirements include age requirements, the amount of time you have been present in the United States, and the time required to remain on conditional permanent residence. Unfortunately, it is not clear what these requirements will be until one of the bills passes.

After obtaining a diploma or GED certificate, there are three steps to obtaining full citizenship:

To obtain conditional residence, you must either provide proof that you have qualified for DACA, or you must at least be enrolled in high school and not have any criminal convictions for certain crimes. If the DREAM Act passes, about three million people will qualify for conditional residence.

If you have already qualified for conditional residence, you can be eligible for permanent residency by showing that you have done at least one of the following:

To prove any of the above, you must provide documentation showing that you are in school, are in the military, or were honorably discharged. There are exceptions for people if they have experienced hardships or if not receiving permanent residency would cause hardship. If the DREAM Act passes, about two million people would qualify for permanent residence.

After being a lawful permanent resident for five years, you can apply to become a U.S. citizen through the normal naturalization process.

Because there are many rules regarding criminal history and immigration status, it is essential to speak to a qualified immigration attorney. Sometimes certain crimes can be waived during the application process, and you can still qualify for citizenship. If you have questions about how criminal history might impact your status under the DREAM Act, please contact The Justice Firm locally at (310) 914-2444 or our Toll-Free number at (866) 695-6714, or visit us on our website.

Although both bills offer more immigrant children the opportunity to become U.S. citizens, the bills differ in critical ways. The Senate bill applies to children ages 17 and under, while the House bill pertains to children ages 18 and under. The likely result is that three million Dreamers could qualify for conditional permanent residence under the House bill, while two million would be eligible under the Senate bill.

Another difference between the bills pertains to criminal convictions that would generally disqualify Dreamers from obtaining citizenship. The House bill makes exceptions for several crimes, including minor traffic offenses, some marijuana-related crimes, nonviolent civil disobedience, and domestic violence when the Dreamer was the victim.

The House bill also contains two additions to give Dreamers greater access to education and U.S. citizenship. First, any eligible Dreamers deported under the Trump administration would be allowed to apply for relief in their home countries. The second benefit of the house bill pertains to a 1996 federal law that penalizes states for offering in-state tuition to undocumented students. If the House bill passes, the law would be repealed, and U.S. states could offer in-state tuition prices.

In response to Congress's repeated rejection of the DREAM Act, former President Barack Obama started a Deferred Action for Childhood Arrivals program in 2012, usually referred to as "DACA." Like the DREAM Act, DACA protects undocumented immigrants from deportation if they arrive in the United States as children. DACA does not grant legal status to anyone. Instead, it temporarily stops a governmental official, like a prosecutor, from starting a deportation proceeding.

Immigrants who arrived in the United States as children can be protected by DACA. If you hope to receive protection, you must apply and meet several requirements. The number of requirements might seem daunting, but they can be easier to understand when separated into three categories: Basic Requirements, Criminal History and Education, and Lawful or Parole Status.

If you wish to apply, you must meet the following criteria:

DACA cannot protect undocumented immigrants with certain crimes on their records, including:

Felonies are crimes that are punishable by greater than one year in prison. If you have one or more misdemeanors on your record, the type of crime impacts whether you qualify for DACA.

Additionally, DACA requires everyone who qualifies to have an educational background or history in the United States Armed Forces. You must currently be in high school, be a high school graduate, have a General Education Development (GED certificate), or be a veteran with an honorable discharge.

Your legal status or parole status also impacts whether you can qualify for DACA. You must meet one of the following two criteria:

Once you have your documents proving you qualify, you can fill out the application form online. When you apply for DACA, you are also required to submit an Application for Employment Authorization at the same time. It costs about $410 to file these applications.

On July 16, 2021, the United States District Court for the Southern District of Texas decided that DACA policies are illegal. The court determined that immigrants can still apply and file initial applications, but the government cannot grant the applications. The Biden Administration claims it will appeal the court's decision so that immigrants can continue applying and receiving DACA protections. Over 650,000 applicants to the DACA program are waiting to see if their applications will be granted or denied.

The truth about DACA protections is that only the federal government can tell you whether you can receive them. Otherwise, no person can make promises to you about DACA protections. Additionally, only government officials or websites such as U.S. Citizenship and Immigration Services or a qualified immigration attorney can provide information about DACA requirements and the application process. Individuals you do not know or are not part of a government organization or a law firm should not be filing DACA applications for you or your family.

If you have already applied and qualified for DACA protections, you can extend your stay in the United States. It is highly suggested that you place your renewal request four to five months before your current DACA expires. If you complete your renewal request on time, you will not have to provide as much information as you would if you were applying the first time.

If your DACA has expired for over one year and you wish to renew, instead, you will have to re-apply as though you were applying for the first time.

The court decision that prevents new applications from being granted does not apply to renewal requests. You can still file your renewal request and have it granted.

Applying for DACA protections can feel overwhelming, but having an immigration attorney on your side can make the application process much simpler and quicker. If you have questions or are ready to apply, please contact The Justice Firm locally at (310) 914-2444 or our Toll-Free number at (866) 695-6714, or visit us on our website. Our immigration attorneys serve clients in Los Angeles, Riverside, Orange, Ventura, and San Bernadino counties.